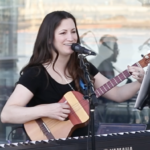 A lot of people have asked me how in the world I left a lucrative 6-figure engineering career to be a full-time working musician. Well, it was hard and a lot of work, but with the proper planning, I was able to make it happen and eventually make even more money as a musician than I did as an engineer. The main thing is that I had a budget and a plan.
So here I want to share the 5 things you need to do to be ready to leave your day job – follow these steps and you have your exit plan:

If you have ANY debt whatsoever – PAY IT DOWN before you leave your steady gig. Don’t skimp on this. I am ashamed to say that I had over $20k in credit card debt as a 25-year-old but I buckled down and paid it off BEFORE I left engineering – and quite honestly, only a few months before I changed careers was it paid off.

I decided that if I left engineering, I wanted to at least keep my townhouse – I refused to be a “starving artist” – so I tracked my expenses for several months and determined which expenditures were necessary and which were extravagant, and I cut the extravagant ones. Thus I began to live on *just* the necessities. THIS is what I had to do – and it worked. And to those who scoff at this truly minor sacrifice, I’ll leave you wiht Zig Zigglar’s Quote:
“The chief cause of failure and unhappiness is trading what you want most for what you want right now.” – Zig Ziglar

And back to that note – if you are working in a profession you LOVE then you will be incredibly surprised at how much you DON’T need. Remember that we live in a consumerist economy, and “Happy people don’t spend money” (that’s MY quote).
Determine what you ACTUALLY need to get by, and stick to it!

4. Have steady work lined up that follows your passion

HOW many times have I had random people reach out to me and say “hey, I did what you did – I left my lucrative career!” … and then they had NOTHING lined up. NOTHING. They were living off their savings and with NO plan in sight.
Now, ONE of those people who had no debt but only $25k in savings) took my advice – which was to find a steady gig – until he could leave his job with a legitimate income. I’m proud to say that this friend is a successful independent artist to this day – living in LA no doubt and THAT is HARD.

I firmly believe that what comes around goes around. When you have your ducks in a row and are ready to leave said lucrative career (or maybe not-so-lucrative, no shame here!), keep in mind that you may leave some of your soon-to-be-former colleagues in a VERY jealous state, so be gracious.

I remember that when I left engineering, most of my former colleagues were dumbfounded because they were actually *meant* to be engineers and couldn’t imagine any other career. But others were what I would call artist/engineers like me, and most were very supportive. But one other senior engineer actually confronted me in an aggressive manner and was asking:
“What are you doing? Don’t you have bills to pay?!? How will you afford your house?!? how can you make your car payment?!?!”
And to that I responded “Yeah, I don’t have a car payment and I live in a small townhouse with only a $600 mortgage”
But I remained calm.

Remember to be kind and gracious. AND encourage others to follow their dreams!
I hope these tips are helpful! Please feel free to contact me anytime at rebecca@topkatstudios.com with any questions – or just comment on this post!
And remember to chase your dreams!

GUEST BIO:
Born and raised in Alabama, Rebecca began learning to read music at the age of four. She performed in local music theatre productions and sang in choir at church, always having a lead role in any music production. Although she began reading music and picking out simple melodies on the piano, the first instrument she studied formally was the trombone, and became an all-state 1st trombonist all through Jr High and High School. She began studying classical voice at 15, and by the end of high school had won a variety of awards for vocal and trombone performance. Being an excellent student adept at computers and math, Rebecca got a scholarship to attend several schools, and ultimately choose Arizona State University and earned a degree in Engineering. She continued to study voice and began to study piano while working an as engineer full-time. She sang and played with local latin and jazz bands, and even sang with the Arizona Opera, but keeping music as a part-time job wasn’t enough. Rebecca eventually left her position as a Senior Engineer with a large defense contractor to become a full-time musician – a decision she considers one of the best of her life.